Is Everyone Afraid to Talk After #MeToo? 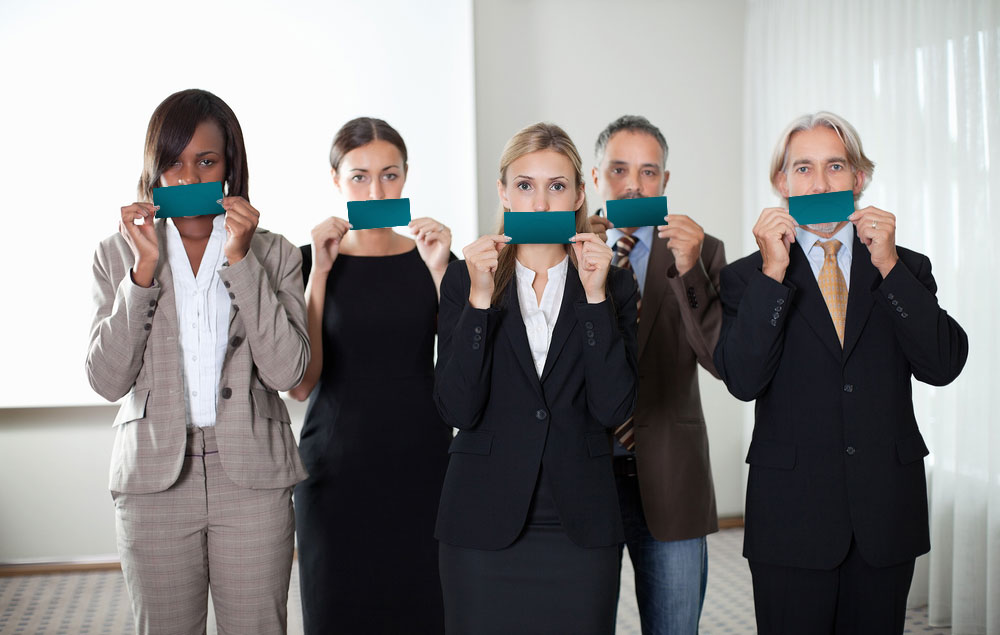 One of our vendors recently mentioned seeing commenters on Reddit (aka the front page of the Internet) expressing unhappiness with changes they feel are occurring in their workplace which they believe the #MeToo movement has created. The general theme he relayed is that these commenters are saying, “I just go to work and keep my head down. I don’t say anything to anyone anymore.”

He asked some good questions of our team:

How has #MeToo movement affected team collaboration and worker cohesion?

The short answer: it depends on the organization.

Here’s what we know:

The topic of culture and #MeToo came up recently during the recent CEO Perspective: Leadership in our Challenging Times which I attended in Seattle. The CEO from PointB, Mike Pongon, talked about how his organization has approached conversations as a result of the #MeToo movement.

Rather than focusing the conversation at the national or global level, Pongon said PointB leadership focuses the conversation specifically on what’s going on within the walls of PointB. All employees are encouraged to open up and have the conversation. He actively prompts this conversation and has seen this open approach increase empathy for others’ situations.

Speaking to the audience at the CEO Perspective, Pongon agreed that conversations may be difficult, and shared the end result can be powerful. He encouraged organizations to avoid reactions based in fear.

“Fear of doing or saying the wrong thing only perpetuates fear,” he said. His philosophy is that “we have to make ourselves uncomfortable to get comfortable”.

In working with our clients, we’ve found that in general people appreciate the opportunity to have these conversations. We’ve also seen that #MeToo has sparked interest in creating more diversity of men and women in teams.

As Sonia Cargan, the new chief diversity officer at American Express told the Society for Human Resource Management (SHRM), an increased focus on diversity has many benefits for organizations.

“Diversity of perspective comes in many guises—gender, race, world view. The more alternative perspectives you can get around the table and to be part of the dialogue—particularly in decision-making and problem-solving—the better the outcome is for the rest of the company,” Cargan said.

A desire to create more diverse teams is an inspiring outcome of the #MeToo movement. When organizations express their desire to create more diverse teams, it demonstrates a willingness to engage and be vulnerable in this conversation. More importantly, it’s an important step in becoming part of the solution to the issues the #MeToo movement has brought to the surface.

If the “heads down and don’t say anything” philosophy takes hold in an organization, it’s up to HR and the leadership team to continue the conversation. For a business to succeed, it’s imperative that you create a culture of transparency in which employees aren’t afraid to have open conversations. Don’t let your organization become one that resembles the workplaces described on Reddit in which there’s a personality void and teams lack cohesion.

Instead, take a proactive approach by initiating conversations. We recommend that leaders, HR professionals, and managers participate in—and encourage—proactive open dialogues throughout the organization. These potentially difficult conversations will bring your organization to a new level. If serious issues come up during the conversation, be prepared to address them promptly and as warranted.

We understand that discussion inspired by the #MeToo movement can be difficult, but as the CEO of PointB said, “the fear of having the conversation will only create more fear”. When considering how to create a culture in which difficult conversations are encouraged, you don’t have to go at it alone. If you find you need support considering what workplace programs would help foster a great work environment, talk to other leaders and your HR team to keep the conversation going and to get ideas about what might work. If we’ve learned anything from #MeToo it is that it takes a village to create and influence meaningful change.

We use cookies to ensure that we give you the best experience on our website.
If you continue to use this site you are agreeing to our terms and conditions.Ok